Ocala Car Accident Lawyer Near You

Being involved in a car accident is always an unnerving experience. Even if we are not at-fault and we think that we are not injured, the mere fact that the accident happened can be enough to throw your life into disarray.

Calling a specialized car accident lawyer may be the smart course of action, especially if the situation is more serious and complicated if anyone involved in the accident has been injured. From the initial call to the police and trip to the emergency room to follow-up doctor visits and missed time at work, the whole experience is time-consuming and often very stressful.

Fortunately, our nearby car accident lawyer is here to help. Our aim is to take the stress out of the process and provide peace of mind to our clients while pursuing maximum compensation for their injuries. In addition, our Ocala injury lawyers can handle the paperwork and details with the insurance company to pursue your claim against another at-fault driver. If necessary, we will hire expert witnesses to testify about any disputed issue. Contact us by calling 352-484-0775 for a free consultation.

When Another Driver is At Fault 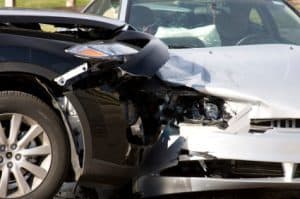 In simple terms, another driver is at fault when they are judged to have caused the accident. From the insurance company’s perspective, this is simply a way to place blame on one of the drivers. The law looks at this question in a slightly different way.

In order to collect compensation from an at-fault driver, a plaintiff must be able to prove that the defendant was negligent. This is a multi-step process that involves in-depth legal analysis. To prove negligence, people injured in car accidents must be able to show that:

The first portion is almost always present in car accident cases since all drivers assume a duty to care for everyone else on the road. This duty extends to other drivers and passengers, bicyclists, and pedestrians.

It is also almost always a given that a breach of the duty of care caused the injuries. While there may be rare instances of plaintiffs attempting to claim preexisting conditions in a car accident case, most claims are backed by solid medical evidence that points directly to the accident as the cause of the harm.

The most contested portion of a negligence claim is whether the duty was broken. In some cases, this question is made moot by a police report citing a driver for a traffic violation. Known as the legal concept of negligence per se, the law states that if a person is guilty of breaking a law and this violation causes an injury, the defendant is assumed to be civilly liable.

However, most cases involve examples of contested viewpoints as to who is at fault. In these situations, accident attorneys can perform investigations of the accident by speaking with witnesses, examining the crash scene, and researching case law that deals with similar questions of liability.

Trial Process after a Car Accident

After the discovery process ends, the parties attend mediation with the neutral third-party mediator. If the case is not resolved at mediation, the case will proceed to trial. The trial process can be long and complex, which is why it may be in the plaintiff’s best interest to contact a seasoned lawyer who is familiar with car accident trials in Ocala.

Our firm also handles isolated crashes not involving other vehicles that may be the result of defective parts or improper repairs.

In many car accident cases, it may be at least a year before a case gets to trial. However, in Florida, all cases are required to go to mediation before trial. Mediation takes place after discovery where information is exchanged between the plaintiff and defendant. This happens six to nine months after the case is filed.

There are many factors that may influence the length of a case. For example, multiple defendants or other complex issues could prolong the case. If a plaintiff is severely injured and needs multiple treating physicians, this could also lengthen the case. If there are minimal injuries and the negligence of the defendant is not an issue, the case goes to trial much sooner.

Other Important Elements of the Trial

If a case is not resolved pre-suit with the defendant’s insurance company, it is important for the injured party’s attorney to file a lawsuit as soon as possible. It is also essential that the plaintiff continues to treat their injuries, keep the attorney informed on their treatment, and be responsive to the attorney when requests are made.

If you have been hurt in a car wreck, contact an accomplished lawyer who is well-versed with car accident trials in Ocala. An attorney could make all the difference in your ability to receive a fair compensation for your accident.

Types of Compensation After a Car Accident

All car accident cases that rely upon negligence as a cause of action must be rooted in a physical injury. However, there are many other forms of damages that can be just as severe. Some common types of compensation include:

A thoroughly constructed demand package may insist upon compensation for both physical injury and other less direct—but no less valid—harms.

Mistakes to Avoid After a Car Accident

Auto collisions are a common occurrence everywhere. However, people still commit the same mistakes following an accident. These mistakes could be not calling the authorities, not receiving medical treatment, or getting in contact with a well-versed auto wreck attorney to learn more about mistakes to avoid after an accident.

If you are involved in a motor vehicle accident in Ocala, you should never admit fault. Florida is a comparative negligence state. What that means is that, even if a person is partially negligent, the defendant can also be negligent, and it would be up to the jury to decide the party’s percentage of fault. If a person admits fault, however, that statement can be held against them.

While people may want to apologize after being involved in a motor vehicle accident, it is best to not to say anything. This is because, if a person does make a statement at the scene of the accident, it may be brought up when they make a personal injury claim.

It is extremely important to receive immediate medical treatment after an accident. People tend to be in shock and they may not have any immediate complaints at the scene of an accident. However, if a person leaves the scene of the accident without receiving treatment from a first responder, or does not follow up with a medical provider and later develops symptoms, the fact that they did not get treatment at the time of the accident may raise questions as to the cause of their pain and symptoms.

Without having a record of treatment and documentation of a person’s injuries and symptoms, a jury may not truly understand and appreciate the magnitude and extent of the plaintiff’s damages. Or, if they attempt to settle the case before filing a lawsuit, the adjuster may not give fair value to the claim without complete supporting documentation from a treating physician. Not following a doctor’s orders is one of many common mistakes to avoid after an accident.

When an individual has a gap in treatment, the at-fault party’s insurance company or attorney will attempt to argue that the gap in treatment means that the plaintiff is not injured or that the injuries are resolved.

Most people work for 40-plus hours per week and have a family and therefore may not have time to seek treatment. They may also feel that they cannot afford treatment if their personal injury protection benefits are exhausted and they do not have health insurance. However, there are medical providers who will provide treatment to individuals without insurance and to individuals who may need to come in late at night or on a weekend.

The Danger of Giving Recorded Statements

In cases in which a party is injured as a result of a motor vehicle accident, the insurance company for the at-fault party will attempt to settle the case and offer a check to the injured party for less than the true value of the case. If the injured party decides to cash the check, they cannot come back at a later date and attempt to request additional money, even if the true value of the case is significantly higher. Reaching a settlement before contacting a professional attorney is one of many common mistakes to avoid after a car accident in Ocala.

“My daughter was a passenger in a horrible rear-end collision. The driver at fault didn’t have a driver’s license or insurance. When we met with Gordon, he immediately put us at ease. He walked us through every phase of the settlement process with two different insurance companies. We were very pleased with Gordon’s knowledge and professionalism. Through his diligence and hard work he was able to recover much more than my insurance company initially offered. I highly recommend Gordon Glover to anyone with a personal injury claim.”

Every stage of a car accident claim can be a confusing mess and potential detriment to the case if not handled properly — from knowing how to obtain a police report of the incident, to obtaining proper medical documentation, to dealing with aggressive insurance companies.

Our auto accident lawyers help clients to properly and skillfully gather information, present it in a persuasive manner, and demand proper compensation for their injuries. Most cases, properly framed and negotiated, never need to go to trial and result in fair settlements.

Let an Ocala car accident lawyer help you move forward in your life with the compensation that you deserve. Contact us at 352-484-0775 today.

It was a pleasure working with Mr. Glover. He put me at ease immediately with his professional and kind demeanor. He answered all of my questions and concerns and kept me well informed through every step of my case. I highly recommend Mr. Glover.

Glover law firm was amazing with my case and answered all my questions....Thank You!

Everyone at Glover Law Firm is genuinely kind and caring. Attorney Glover sets himself apart by providing first class client service for all personal injury related matters such as car accidents, golf cart accidents, and other serious injury claims.