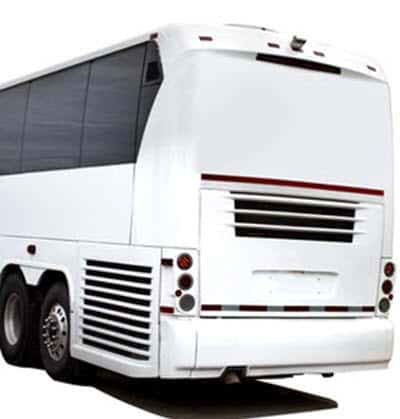 As a passenger of a bus that collided with another vehicle, occupant of another vehicle, or non-occupant such as a pedestrian, you have the right to seek financial compensation from at-fault parties who caused your injuries. Bus accident claims can be complicated, which is why working with an experienced Ocala personal injury attorney is crucial to your claim’s success.

Passengers on the Bus

As an injured passenger, you can file a claim with the bus operator if the driver caused the collision or if the collision was a result of a mechanical failure, or a third party if another driver caused the crash. In some cases, you may be able to file a claim with the bus operator and the other driver if both were negligent in causing the crash. You can file a claim even if no collision occurred, yet the driver had to swerve or slam on the brakes, causing you to hit your head or fall over. However, as more parties become involved, your claim will become more complicated. Additionally, if no collision occurred but you were still injured, it also becomes more difficult to be compensated. For instance, if the bus driver slammed on the brakes because another car pulled out in front, failing to yield, there is a high likelihood that the other vehicle got away unidentified.

Claims against government agencies must also be filed under the tort rules of statute 768.28, as opposed to a normal personal injury claim against an individual or business. This goes for occupants of the bus, non occupants, and occupants of other vehicles. Buses are notoriously dangerous for pedestrians, and even worse for cyclists as they are forced to share the shoulder of the road together. As a non-occupant, you can file a claim with the bus, though you will be up against a city government, which is a formidable opponent when it comes to personal injury claims. Complications arise everywhere when suing a government agency. For example, the district attorney may have a conflict of interest when it comes to prosecuting a city bus driver with a traffic citation. The city may argue that a cyclist who was hit by a bus that swerved in front and came to a sudden stop to pick up someone at a bus stop did not have the right of way because, according to city maps, there was no bike lane at that point. While this latter reason would not matter in a court of law, and most DAs will do their jobs appropriately, these are just a few examples of additional hurdles to overcome when it comes to filing a personal injury lawsuit against a government.

While occupants of buses are generally much safer than any other form of transportation (only 43 bus occupants were killed in 2018, nationally according to the Bureau of Transportation Statistics) occupants of passenger vehicles will likely suffer serious injury if they collide with a bus. Injuries range from broken collarbones and whiplash, to traumatic brain injury and spinal injuries.

If you were hit by a bus, you deserve compensation for your damages. Call the Glover Law Firm Ocala bus accident lawyers at 352-484-0775 today to schedule a consultation at no cost.