How Did Your Bicycle Crash Happen? 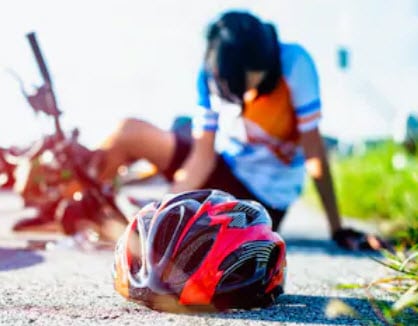 In 2017, there were 783 cyclists killed across the country and, according to the Orlando Weekly, 125 of those victims were from Florida. For years now, Florida has topped the lists as the most dangerous place for cyclists to ride. For every fatality, there are many more crashes that result in severe, life-changing injuries for the victim. If you or a loved one has been hurt while riding a bicycle in any of the following scenarios, it is critical you seek help from a qualified personal injury attorney.

Right hook – These crashes occur when a driver attempts to make a right turn at an intersection in front of a cyclist. Right hooks occur for two reasons. One, the driver likely just passed the cyclist moments ago on the road and therefore, they assume the cyclist is behind them and no longer should be their concern. Second, drivers who speed up to turn right in front of cyclists are often being impatient. On top of not giving the cyclist their legal right-of-way, many drivers fail to give cyclists the required three-feet of space w

From behind – This one of the most common ways for a cyclist to get hit on the road. Distracted drivers fail to see a cyclist is in front of them or fail to gauge that the cyclist is slowing to a stop and simply rear-ends them. While rear-end crashes are often not severe when both parties are in vehicles, these can be extremely dangerous for cyclists who can be simply run over.

T-bone – If a driver pulls too far into traffic from a stop sign without looking first, they can t-bone a cyclist. T-bone crashes often involve broken windshields or windows, leaving cyclists with deep glass lacerations and broken bones.

Intentionally Hit – Some drivers are aggressive and have it out for cyclists. For instance, a driver may not understand that riding two-abreast can make it easier for them to pass cyclists on a roadway. According to the Florida Driver’s Handbook, cyclists are allowed to ride two-abreast as long as they are not impeding traffic. However, many drivers are unaware of this law and when they see riders who are not single-file, they get angry and feel justified using their vehicle to harm the cyclists.

Door Opening – When drivers and passengers get out of a car that is parked on the road or near a bike lane, it is imperative that they check behind them for any oncoming cyclists before opening the door. Cyclists can be extremely hurt by doors opening as they ride by, especially if the initial impact throws them off the bike and into traffic.

There are endless ways for a cyclist to be harmed on the roadways and most often, someone else is liable for the injuries or death that results. If you or a loved one has been hit by a motorist while riding your bicycle, it is time to speak with a skilled Ocala bicycle accident attorney from Glover Law Firm. Contact us at 352-484-0775 to schedule your free consultation today.

If you are from The Villages area, please contact our Villages bicycle accident attorneys.