The Villages Bicycle Accidents Lawyer Near You 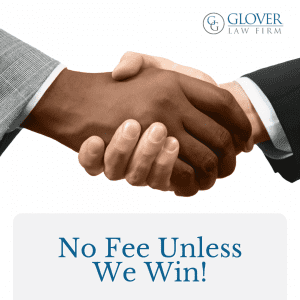 For some Villages residents, a bicycle is more than just a fun and healthy way to get around. Some people use bicycles as a primary mode of transportation, especially those trying to watch their environmental impact. With more and more bicycles on the road, it also means the risk of bike accidents goes up. Bicycle riders are required to follow the same rules of the road as vehicles whenever they are traveling on public roads and streets.

Other riders and vehicle drivers should be looking out for bicycle riders, just as they would look out for other vehicles, motorcycles, and pedestrians. However, some people fail to look in blind spots where a bicycle rider might be or look closely when backing out of their driveway for example. Some drivers find it humorous to crowd bicycles on the road, or even go so far as to harass them. This can result in serious injury accidents.

If you are operating a bicycle on public roads in Florida, you are expected to obey the same laws as if you were driving a vehicle. And drivers operating a vehicle have a duty of care to watch for other drivers, bicyclists, pedestrians, etc. Attributing liability to someone in an accident with a bicycle rests on the legal theory of negligence. To succeed with a claim for negligence, you have to prove the following elements:

In some bicycle accidents, the question of negligence is very obvious, although the other driver’s carrier is likely to argue liability in order to avoid paying out anything on their insured’s behalf. One example is when a vehicle driver runs a stop sign, striking a bicyclist who is lawfully riding. Other cases are more complicated and involve an investigation to determine who was supposed to yield the right-of-way, was there a proper signal in place, etc. In such cases, you may want to consult with your bicycle accident lawyer.

Read more about bicycle and pedestrian safety on the Florida Highway Safety and Motor Vehicles website.

Injuries in a Florida Bicycle Accident 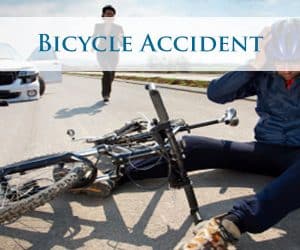 Injuries commonly seen in a bicycle accident are quite similar to those seen in pedestrian accidents. Because bicycle riders have less protection than drivers in a vehicle, injuries are often more severe. If a rider has a helmet and other protective gear, it can help reduce the severity of some injuries in minor accidents. Some commonly seen injuries in bicycle crashes can include:

Read this 5-star Google review below regarding a personal injury case in The Villages.

“My husband and I are snowbirds in The Villages. We were rear ended on Hwy 27 in 2018. Glover Law firm represented us in our personal injury case. Gordon was thorough in explaining the process and answering any questions. He and his staff were always professional and prompt with all communication. I would highly recommend Glover Law firm if you find yourself in a similar unfortunate situation.”

If you or a loved one were injured while riding a bike due to someone else’s negligence, it’s important to speak with a Villages bicycle accident lawyer near you as soon as possible. Contact Glover Law Firm today to schedule an initial consultation. Let one of our Florida personal injury attorneys help you fight for the compensation you deserve.