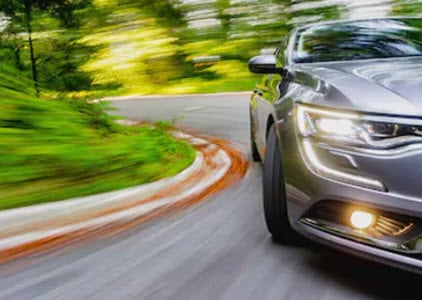 It is something that can be avoided as easily as applying slightly less pressure on one’s foot, yet almost every driver does it every time they get behind the wheel of a car. Speeding increases the likelihood of crashing, increases the severity of injuries sustained in a crash, and increases the chances of a fatality occurring in a collision. According to the National Highway Traffic Safety Administration (NHTSA), for the past two decades, speeding has been involved in one out of every three fatal crashes. Men are much more likely to be involved in fatal speeding collisions than women, and the younger the driver, the more likely they were speeding, according to the NHTSA. However, impatient and aggressive drivers come in every shape and form, and the driver who caused your crash needs to be held accountable for their dangerous behavior.

Why Speeding is Dangerous

Obviously speeding is unsafe, otherwise there would be no speed limit. Roads are designed for a specific maximum speed, other road users expect drivers to go that speed, and infrastructure, such as traffic lights, are only equipped to handle traffic going the speed limit. Excessive speed bypasses the safety mechanisms of all three of these elements (road design, road user expectation, infrastructure). Moreover, the higher the speed, the more damage occurs in a collision. While this is obviously intuitive, many drivers act as if they are the only ones on the road, or are so lulled into false confidence by the living-room atmosphere of their vehicles, that they speed anyways despite, deep down, understanding the true danger that they are putting themselves and others at risk of.

How Did the Crash Occur?

Determining fault in a personal injury case is always easier when it can be proven that the other driver was speeding. Common examples of negligent speeding, resulting in a collision, include the following:

A crash scene is treated like a crime scene in order to gather evidence of fault. Speeding can be proven by:

The damages you have sustained, including your medical bills, lost wages, pain and suffering, and property loss, must be compensated for by the other party. An experienced Ocala personal injury attorney can make sure this happens. Call the Glover Law Firm today at 352-484-0775 to schedule a free consultation.

“Gordon is professional, patient, kind, and knowledgeable. From the first encounter I had with him, he was very kind and attentive. He was responsive throughout the entire process and consistently advocated for me. I would recommend him to anyone in need of legal counsel, as I had a very pleasant experience with him.”